“1 + 1” sets up the finale of the first Ukrainian business-social reality TV show “Million Worth Community”. At the show, 5 united territorial communities (UTC) contended for UAH 1 million grant from the Western NIS Enterprise Fund (WNISEF) by developing projects to improve life in the regions. Consequently, the Pechenizhyn UTC came out on top, having developed a raspberry shock-freezing project.

The TV show consisted of 7 episodes, each depicting the communities to face a series of trials, so-called business tasks, trying to earn money and prove the ability to run business and develop the potential of their community, as well as team spirit and creative approach. The project was participated by Skala-Podilska UTC (Ternopil oblast), Pechenizhyn UTC (Ivano-Frankivsk oblast), Novopskov UTC (Luhansk oblast), Buzke UTC (Mykolaiv oblast) and Kniahynyn UTC (Volyn region).

Iryna Ozymok, WNISEF Local Economic Development Program Manager, has become a presenter of the show: “This show possesses real educational impact – the communities learned to develop business ideas, they made weekend tours programs and became the united teams. Moreover, the show has rallied communities from different regions, and from now on they will keep on sharing experiences and decentralization success stories. I heartily admire all the TV show participants.”

Ihor Dovirak, Head of the Pechenizhyn UTC: “We have gained a unique experience: to jointly cope with a variety of tasks – from simple to complex – that can surprise Ukraine. The main point is that people today perceive reality in a different manner, cohesion made them believe in their strength. And those trials helped to find the like-minded people who founded an agricultural cooperative and now show a willingness to implement our raspberry shock-freezing project thanks to the grant from WNISEF. We have plenty of work ahead, as well as risks, but I believe in the cohesion of the community, and we will succeed.”

The project is produced by “1+1 Production” with the financial support of the United States Agency for International Development (USAID) DOBRE program. TV-presenters: Iryna Ozymok, WNISEF Local Economic Development Program Manager, who supports transformation projects and reforms in Ukraine, and Dmytro Ohniov, a businessman and owner of one of the largest Ukrainian farms, European-modeled “Merynos-Zakhid”. 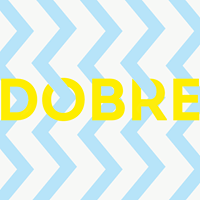